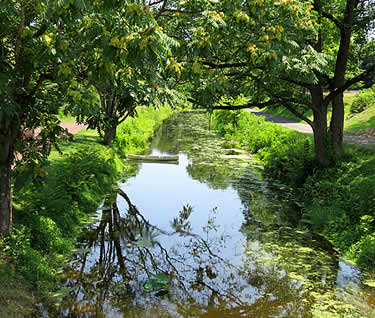 The Delaware Canal State Park began refilling the canal at the Easton lock  after almost 2 years of work to repair the damage from Hurricane Sandy. Water reached Upper Black Eddy on July 10 and has now traveled as far south as Lumberville, where work on the lock and farther south on the viaduct underneath the canal carrying Cuttalossa Creek continues.

Seepage from the canal in Upper Black Eddy caused water tables to rise and lawns inundated between Canal Lane and Berm Lane. Once Park crews removed gravel bars from creek mouths, levels were adjusted that remedied the situation. Treatment of the standing water that resulted from the seepage for mosquitos was ordered by the Park staff.

Photo Courtesy of Friends of the Delaware Canal